i, Best european national newspaper of the year

18 Nov i, Best european national newspaper of the year

Posted at 10:17h in Insights, News by Innovation Media Consulting 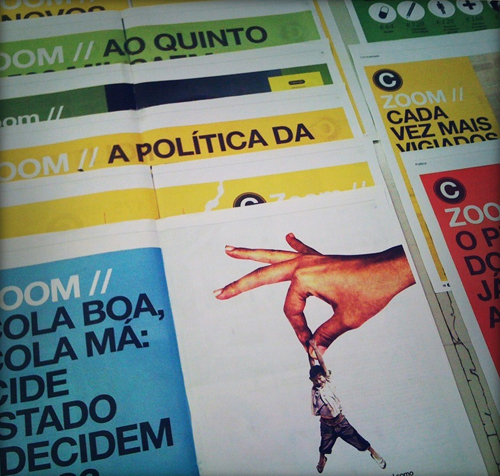 A few minutes ago, the 11th European Newspaper Awards were announced and, i, the fantastic new paper from Lisbon is the big winner.

The European Newspaper Awards are organized by Norbert Küpper from Meerbusch (Germany) with the journalism magazines “Medium Magazin” from Frankfurt/Main, “Der Österreichische Journalist” from Salzburg (Austria) and “Schweizer Journalist” from Wilen/Wil (Switzerland).

A few weeks ago i was awarded as one the best designed newspaper of Portugal and Spain of the year.

Now i gets this European Newspaper Award.

This is not just a design contest.

The European Award includes “design and concept” and i is unique in both areas.

“i” persuaded the jury through its special innovative approach. Newly established, the newspaper can start full of energy. It is precisely this that makes “informação” fascinating in all fields: Photography, page layout, alternative types of journalistic articles and innovative sections – completely focusing on the power of new ideas. All in all, a newspaper is evolved quintessentially, an all-round innovation. It almost goes without saying: The homepage www.ionline.pt has a similarly innovative appearance as the printed newspaper.”

INNOVATION’s Javier Errea has won right now more European Newspaper Awards than any other design consultant in the world.

Read here the INNOVATION MANIFESTO FOR i.

See here and here, a large selection of its best pages.

And here you can find a interview with its Art Director, Nick Mrozowski.

Yes, i is becoming the most innovative newspaper done by the INNOVATION team in the last 20 years.

Launched just six months ago during the worst economic times…

A lesson for the newspaper industry.

And here are the real winners.

With energetic team of editors and managers.

>And a brave company, Grupo Lena, investing in times of crisis. 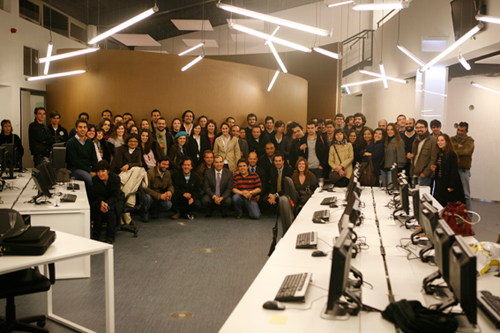 The Award will be presented to i during the 2010 European Newspaper Congress (Vienna, April, 25-27).