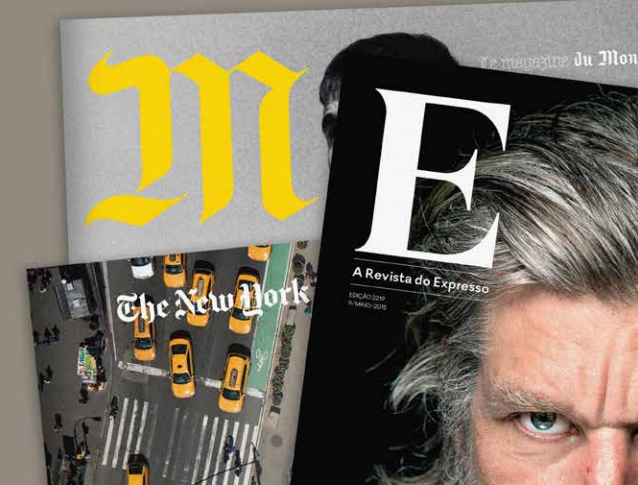 17 Feb Advertisers rejoice! The rebirth of even BIGGER weekend supplements

Posted at 08:00h in Insights, Newspapers Report 2015 by Innovation Media Consulting
As media outlets around the world struggle to make journalism work with advertising again, and as readers continue to ignore online ads, big titles in the US and Europe have discovered a renewed enthusiasm for high-end weekend supplements stuffed full of luxury advertisements.
By Antonio Martín Hervás/ Consultant, Innovation Media Consulting Group, Madrid

The weekend supplement, that faithful shield bearer of daily papers, is still one of the media’s fundamental pillars. Although the model has suffered closures and cutbacks, and a deep advertising and identity crisis, The New York Times, Le Monde and Expresso have bet hard on their magazines. Out with Sancho Panza, in with Don Quixote.

“Yes, you wanted a Sunday paper, but what you wanted from it wasn’t really news – it was your life”. Joseph Pulitzer, the father of ‘infotainment’ was very clear about that when he launched The World on Sunday, a New York World supplement in 1898. 117 years later and in the same city, ‘The New York Times Magazine’ was recently relaunched. At 220 pages, it is the biggest Sunday supplement in the paper’s history. 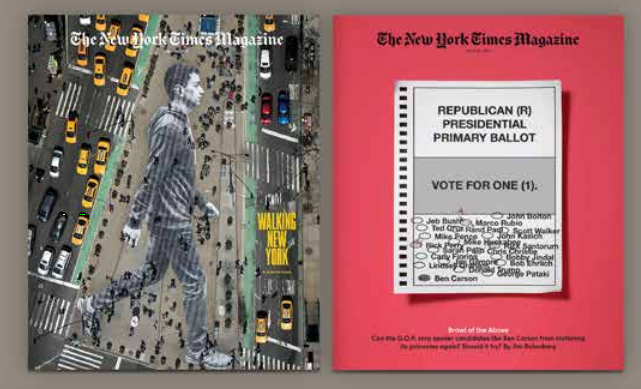 Andy Wright, the supplement’s publisher, defined the new magazine’s editorial and commercial formula the day he introduced it to the world: “Tonight is a celebration of narrative journalism at its very best – a magazine that teaches, inspires, entertains and helps millions of readers stay better informed about the world they live in week after week”. The Times’s 23 million readers deserve that investment in quality, despite the cutbacks and lay-offs.

A justified climate of optimism was foreshadowed by an important setback. In July of 2014, the NYT announced a fall in profits of 21% for the first few months of the year, largely due to a drop in print advertising revenue. Circulation figures, in contrast, increased. Clearly one of the battles was with advertisers, so what better way to solve the problem? The first edition of the new magazine carried 120 pages of ads, more than 50% of the whole.

A month earlier, on January 10, Expresso— home to some of the best journalism in Europe—launched a new magazine product ‘E, A Revista do Expresso.’ The Impresa group, chaired by Pinto Balsemao, considerably strengthened the journalism and commercial value of its magazine.

“It isn’t a news magazine”, said the company: “Neither is it a new version of Revista or Atual (which disappear with this launch). It is something really new, with a new format— much bigger—and a separate offer, capable of complementing our Cuaderno Principal or the Cuaderno de Economía (the weekly print edition). It will have a base of 100 pages and we will establish our content on the basis of journalistic culture, behaviour and the big formats. Obviously with a new design that will seek to reach an audience we know is more and more demanding”. 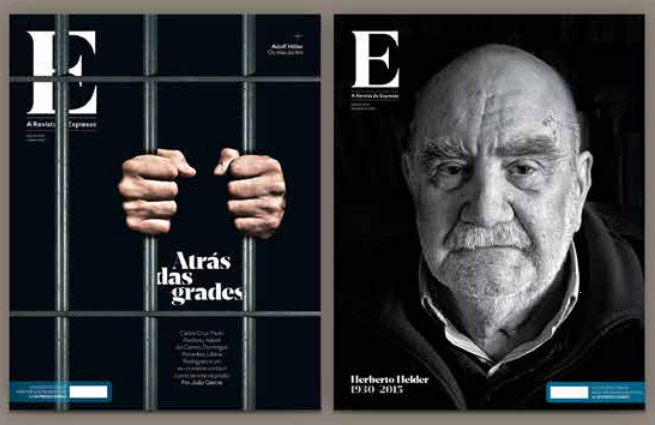 The design aspect, always at the forefront at Expresso, is fundamental. Marco Grieco, Expresso’s art director, said the brand will only maintain its prestige if all of the Expresso titles are looked after carefully, regardless of their platform or format.

‘E, A Revista do Expresso’ structures the publication in four very different graphical sections: Fisga is well-designed micro-formats close to the news; +E is big features and interviews with wonderful photography; Culturas looks at art, literature and entertainment; and Vicios does life style with an emphasis on gastronomy and leisure. Information, knowledge and pleasure, thinking about and for the reader but being nice to advertisers with new sections and a bigger format. All in a medium that only appears once a week.

Another European media giant, Le Monde, relaunched its magazine ‘M, le Magazine du Monde‘ on October 10, 2014 as part of a global change in the French evening paper led by Gilles van Kote. For him, the new pillars of Le Monde must be: “learning, understanding and discovery”. Interestingly, and rightly, the magazine was re-imagined at a moment of growth, seeing a +2.71% increase in awareness in 2014 compared to the previous year ( 262,268 copies, OJD France). 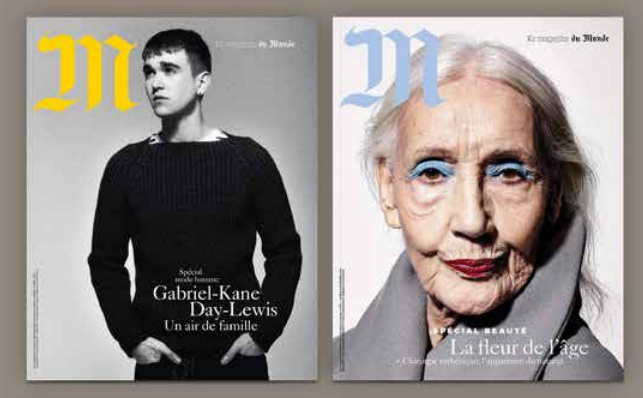 The magazine’s chief publisher believes a lot of emphasis needs to be placed on the print version. “Our inspiration is magazines, these lovely things that switch between long, grey texts with images, photos and illustrations, offering [readers] a certain majesty. Faced with digital gadgets and chromatic orgies that try to imitate online aesthetics, we prefer the deliciously antiquated lines of Satoshi Hashimoto (a Japanese illustrator who created the icons readers use to navigate the publication), whose small drawings mark the pages as softer touches in a universe in which our smartphones or addiction to social networks will not stop us loving them passionately. ‘M, le Magazine du Monde‘ means to experiment. A paper experiment”. The subtlety of Lannelonge’s words are a faithful reflection of her publication.

These three new magazine relaunches teach us that the weekend is still key for increasing reader loyalty thanks to the long narratives that can be read at a more leisurely pace, and for attracting advertisers who seek a space with good content and better print quality. Regardless of the editorial formula, the common denominator must be quality above all, in journalistic excellence and in deeper work with advertisers.

QUALITY, QUALITY, QUALITY
To speak of quality is to speak of intelligent con – tent, of design as an effective transmitter and of a satisfactory sensorial experience. As an example, we might look at Die Zeit Magazine, which makes is the Sunday offering in the German leader’s universe ( 631,846 circulation in 2014, according to IVW). With its characteristic sobriety, it hits the spot with its content and displays a higher level of visual creativity than normal. As a good German media outlet, long texts share space with some of the best photography in Europe. Exquisiteness and luxury are the common denominators. 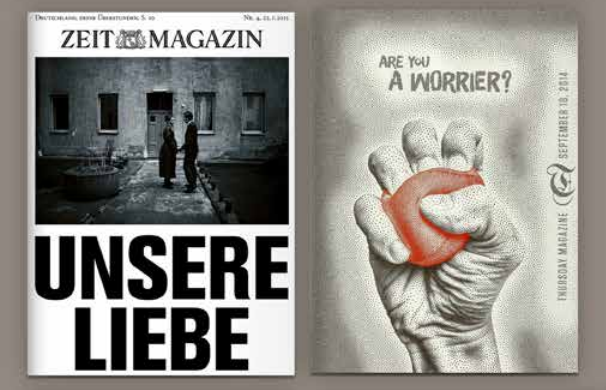 The brave front covers of the ‘Thursday Magazine’ of Times of Oman, which show how much can be done with this platform, are also worth highlighting. The English-speaking daily’s supplement in the Sultanate is frequently awarded Society of News Design prizes.

SPECIALIST PUBLICATIONS
The weekend offer stretches from Friday to Sunday. Many newspapers try to target particular groups on particular days. Two Spanish publications have followed the Italian tradition here, turning Saturdays into a new ‘big day’. El Mundo produces ‘Yo Dona,’ a version of Corriere della Sera’s ‘Io Donna,’ and El País now has ‘S Moda,’ a women’s magazine to dazzle readers each Saturday with a sophisticated look at the world of fashion. 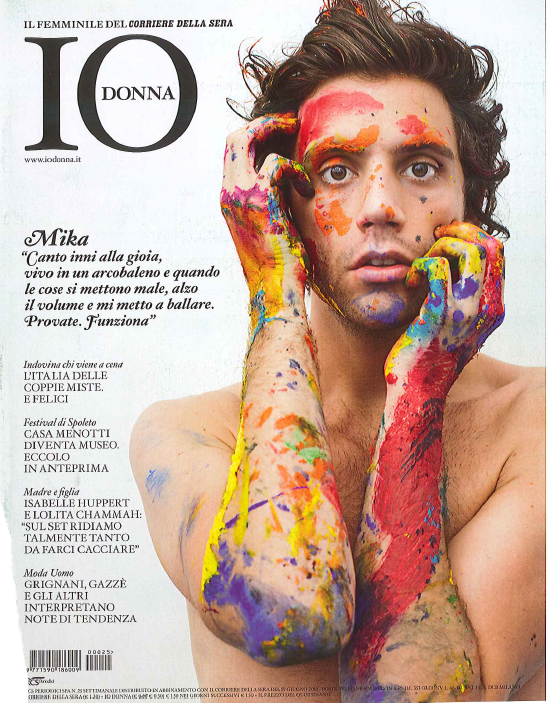 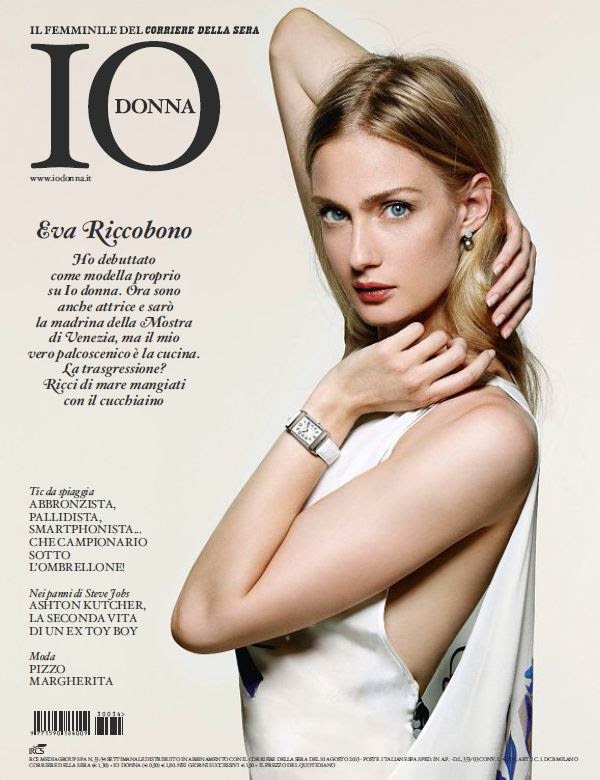 INDEPENDENT MAGAZINES
In some cases, the publication goes beyond a weekend compliment and strikes out from the parent newspaper, as happened at El País in 2013 when men’s magazine ‘ICON’ was born. Javier Moreno, who was then the editor of the newspaper, said: “With ‘ICON’ we were covering a key sector”. Beginning with a print run of more than 300,000 copies and 196 pages of content, it competes directly with other men’s publications on the newsstand like Esquire or GQ. It is free with the newspaper on the first Thursday of each month and then sold separately for three euros. 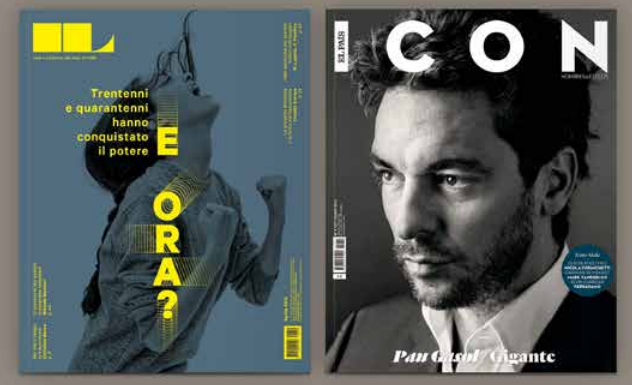 In Italy, the now mythical ‘Il‘ (Intelligence in Lifestyle) is the monthly magazine of Milan newspaper Il Sole 24 Ore. Since its creation in 2008, it has striven for excellence across different styles of journalism with new narratives. The formula is to treat soft news with the seriousness of hard news, and to provide information and elegance.

‘Il’ is the standard for magazines that, despite the parent paper’s logo next to the title, enjoy a happy life outside the family unit. Many speak of a before and after in infographics and design at ‘Il’ which has reached the visual Olympics. It is on sale for a whole month although it normally disappears from the newsstand a few days after going on sale on the third Friday of each month.

LUXURY AS A SELLING POINT
Julia Carrick created the ‘How To Spend It’ supplement for the Financial Times in 1985, and it became a world leader with a simple equation: the FT helps people to acquire a fortune and ‘How To Spend It’ helps them to spend it. Easy. The magazine has maintained its leading position through changing concepts of luxury, beginning as a quarterly offering, then becoming monthly and it is now weekly. 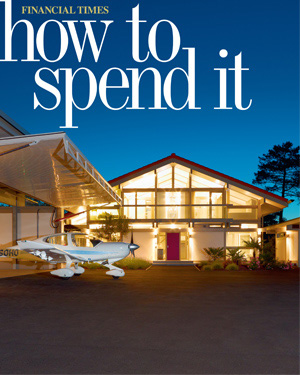 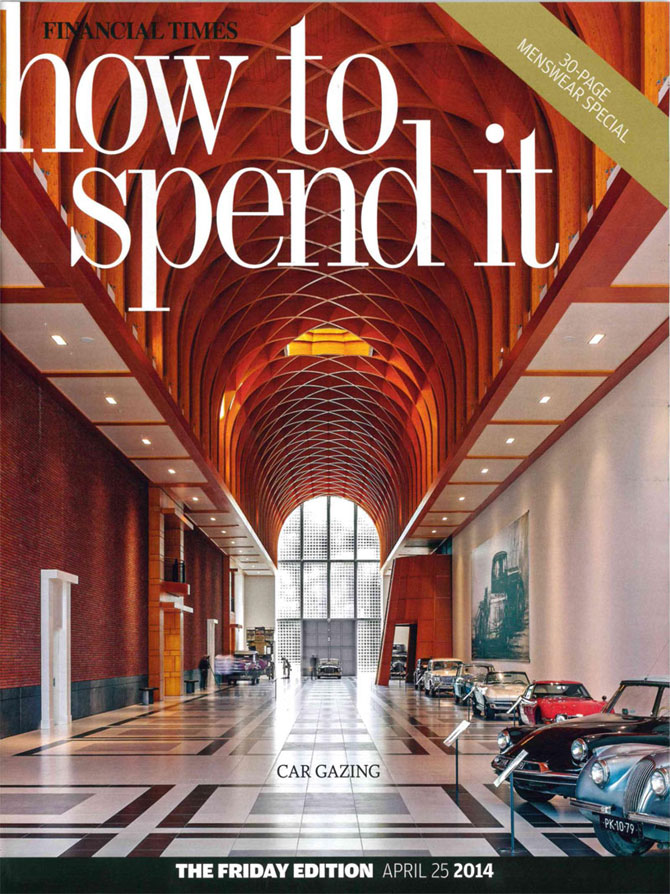 Selling hope and getting straight to readers’ most commercial desires will continue to be a good advertising formula: luxury goods have suffered the least from the advertising crisis. El Mundo stopped publishing its Sunday supplement in 2014 to start publishing ‘Fuera de Serie,’ the Spanish version of ‘How To Spend It,’ which was already published on Saturdays by Expansión.

What is now accepted now by all is that weekend supplements meet the different needs of readers and advertisers. Umberto Eco said: “I think of myself as a serious professor who, during the weekend, writes novels”.
Newspaper magazines should offer more prestige, more recognition, more quality and strive to think for themselves. Weekend supplements should not be considered a nice glossy sub-product of the newspaper.

The resurgence of weekend supplements in a way that pleases both advertisers and readers is welcome news for all. Given changing reading habits and always-on global news, the weekly format and weekend publication should also be considered as an option for news and features, not just glossy magazines. 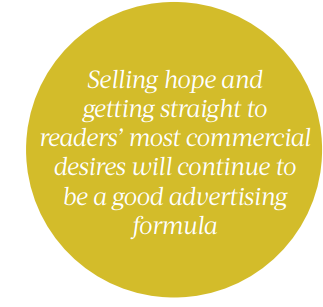