Bezos and Buffet: the logic to owning a newspaper today 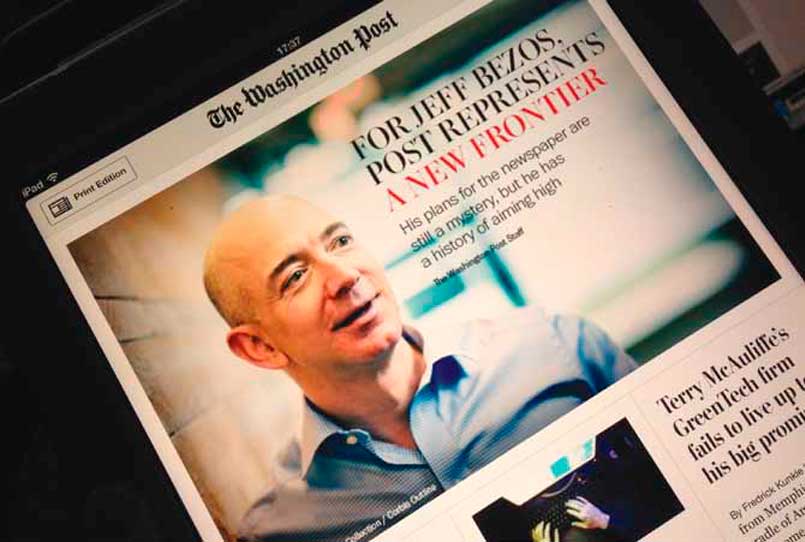 27 May Bezos and Buffet: the logic to owning a newspaper today

SHOCKED! That’s how many in the media industry felt upon the announcement that the Grahams, whose family had owned the Washington Post – one of the world’s most prestigious newspapers – since 1933, was selling their title for $250 million. Even more shocking was the buyer, a complete outsider to the newspaper industry: Amazon.com founder and digital icon, Jeff Bezos. 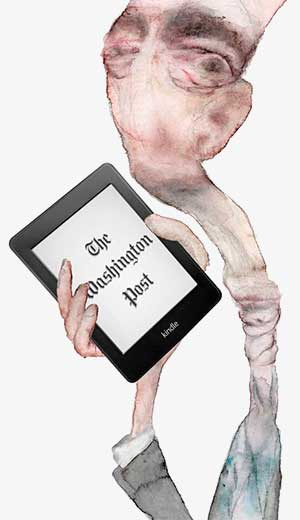 Speculation abounded. Did Bezos know something that the Grahams didn’t? What did a digital native want with a legacy print medium? Could an internet tycoon save newspapers?

At the same time, long-time Graham family friend and the Post’s largest shareholder, Warren Buffet, declined to buy the paper even though a Buffet purchase appeared as a natural fit. Was Buffet, like the Grahams, divesting his newspaper holdings?

Quite the contrary. Buffet’s holding company, Berkshire Hathaway, had spent approximately $400 million on newspaper acquisitions, including the 2012 purchase of 63 titles from US publisher Media General Inc., and continued to invest in their development.

Whereas Bezos bought an internationally recognizable title that faces stiff competition from a host of sources covering the US capital, Buffet has invested in local papers virtually free of competition.

The seemingly contradictory strategies of Bezos and Buffet raise questions about the logic of print newspaper ownership in an era increasingly dominated by digital news. But upon closer examination, the logic in their lunacy emerges.

In a seemingly illogical move, Donald Graham actually approached Bezos, whom he had known for many years, when he and his family were looking for a Post buyer. Bezos also thought the offer to be illogical telling Charlie Rose on 60 Minutes that his first question was “Why would I even be a logical buyer? I don’t know anything about the news business.” The logical reason, as explained by Bezos, was that the Grahams sought a digital native asbuyer. Since the internet had so disrupted the newspaper industry, they figured a leader from an internet company had the most potential for success. In what could become a business school case study in managerial humility, the Grahams admitted that they were not capable of transforming a newspaper steeped in decades of print culture into the multimedia publishing house needed to succeed in the digital age.

Another reason for approaching Bezos was his deep pockets. With a net worth of $25 billion, Bezos spent a mere 1% of his fortune on the Post. The Grahams, who had lived through many years of seemingly effortless profits with the paper, had experienced seven consecutive years of declining revenues despite evolutionary investments and decided they could go no further with it, selling the paper for a fraction of its $4 billion enterprise value. “We had innovated and to my critical eye our innovations had been quite successful in audience and quality, but they hadn’t made up for the revenue decline,” explained Don Graham. “Our answer had to be cost cuts and we knew there was a limit to that. We were certain the paper would survive under our ownership, but we wanted it to do more than that. We wanted it to succeed.”

Indeed, Bezos indicated that he would provide the Post with “runway” – the financial means for experimentation over an indefinite period. Those who would manage the cash injections would largely be the paper’s executive ranks at the time of purchase as Bezos left Katherine Weymouth, Graham’s niece, as the Post’s Publisher. “If we figure out a new golden era at the Post,” commented Bezos, “it will be due to the ingenuity and inventiveness and experimentation of the team at the Post.”

The first signs of ingenuity came in March 2014 with a purely business-driven innovation. The DC paper announced plans to open its digital access to subscribers of newspapers around the country (outside direct national competitors such as The New York Times and The Wall Street Journal). Media watchers postulated that soon the paper would open digital access to other subscription services such as Spotify and, of course, Amazon Prime delivery service.

Media pundits threw around a host of additional theories: Bezos sought to “revolutionize newsgathering”; that his affection for the written word drove the purchase; that he plans to capitalize on similarities he perceives between digital publishing and digital commerce, his specialty at Amazon; that he is a long-term investor and journalism is a long-term business; or that the Post is the perfect, reputable institution to bundle with Amazon’s Kindle e-readers.

The truth is, we can only keep speculating. As Bezos’ other side projects include a 10,000- year clock and enabling “private human access to space”, returning newspapers to the glory days of hard-hitting journalism and fat profit margins may not seem like an impossible task for one of the most visionary innovators of our time. With Bezos behind it, The Washington Post could in time become a bastion of newspaper innovation.

Where Bezos will likely help the Post transform itself in the face of serious national competition, Buffet has invested in newspapers that he can transform under significantly less competitive pressure. He followed his 2012 $142 million purchase of 63 Media General Inc. local titles, the deal that sparked the creation of BH Media Group, by buying three additional local newspapers in 2013. All told, Buffet spent $344 million on 28 daily newspapers in the fifteen months to March 2013 and at the time of publication, BH Media Group owned “69 newspapers and other titles” across the US.

Why would the world’s most respected investor put money into what most have written off as an economically devastated industry? The answer can ironically be found in economics. Even though Buffet told shareholders that he expects newspaper “circulation, advertising and profits” to continue their decline, he still recognized that the papers he bought were local monopolies that provide invaluable information to their local audiences. “Newspapers continue to reign supreme… in the delivery of local news,” Buffet wrote to shareholders in the 2013 edition of his annual letter. “Wherever there is a pervasive sense of community, a paper that serves the special informational needs of that community will remain indispensable to a significant portion of its residents.”

True to this statement, the Media General acquisitions reflected Buffet’s strategy in the papers that it included as well as the one that it excluded. BH Media Group declined to buy Media General’s largest paper, The Tampa Tribune, a paper that faces direct competition in its mid-sized city from a newspaper of similar circulation. Despite a nostalgia for newspapers originating from his work as a paperboy in his early years, Buffet is not resting on his properties’ print laurels. He realizes the need for the transition to digital and believes that papers “having a sensible internet strategy will remain viable for a long time.”

In his 2013 shareholder letter, Buffet spoke of paywalls as a necessary strategy and pointed to the Arkansas Democrat Gazette, a paper not owned by BH Media Group, as a regional paper that has maintained circulation figures in part due to its early decision to charge for internet content.

The Wall Street Journal reported in January 2014 that eight of Buffet’s papers had introduced metered paywalls and that others were experimenting with digital initiatives such as newsletters and mobile apps. In 2013, BH Media Group also created a content-sharing network that provided its papers with access to the content produced by all.

Although Buffet has been transparent with BH’s shareholders that he expects newspaper revenues to continue their decline, his local holdings are profitable just the same. In 2013, he told his shareholders that he expects at least a 10% return from his newspapers. Nor is Buffet over-nostalgic. He has already closed one of the papers he bought because “after analyzing the paper’s results, we saw no remedy for the losses.”

INNOVATION’S TAKE: The logic of long-term

Although on the surface, Bezos’ and Buffet’s newspaper strategies appear to oppose one another, their strategies are actually very similar. Each bought newspapers at bargain prices, freed their new assets of debt, and pledged to finance innovation in the hopes of finding a sustainable model for print titles in an irreversibly-digital media landscape.

The real point at which their strategies coincide the most is the two moguls’ commitment to long-term investment. With Amazon, Bezos has survived for twenty years, including the dot-com bust, on longterm thinking and razor-thin margins. He is well known for reinvesting operating profits in new projects that will ensure the long-term future of his company. Buffet is the same. The Sage of Omaha has made his fortune investing in industries and companies that have long-term growth potential and that are undervalued at the time of purchase. If the logic of Bezos and Buffet proves accurate, perhaps newspaper publishers have a brighter longterm future than many believe.