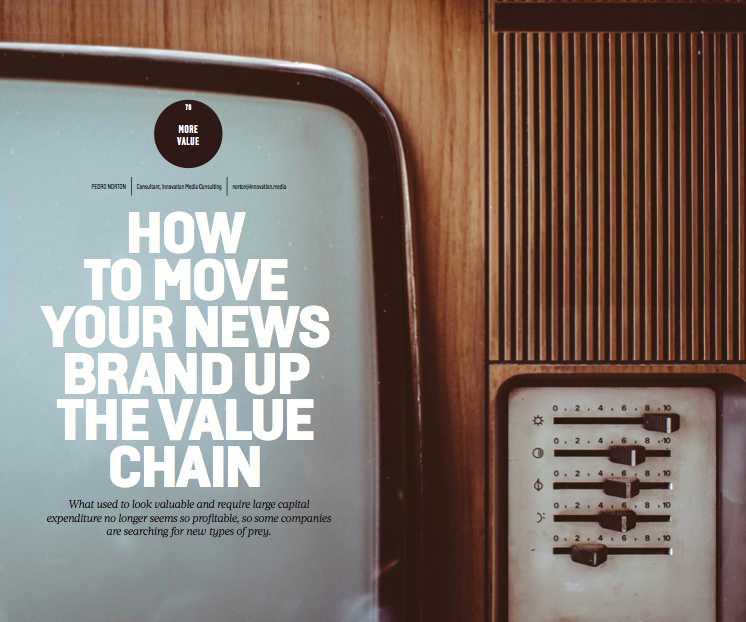 What used to look valuable and require large capital expenditure no longer seems so profitable, so some companies are searching for new types of prey.

A bit is a bit, a prophetic Nicholas Negroponte famously said in his book Being Digital, all the way back in 1995. When the world moves from atoms to bits, broadband is broadband (delivered through cable, fibre, wireless or satellite) and content is content (text, audio or video). That is what we call convergence. In the telecoms and media world, that atom to bit revolution has consequences: traditionally separate industries compete. In the US, AT&T and Verizon now compete with Comcast or Charter and they all are in the same market as Dish: broadband, which used to deliver totally separate categories of “content” (phone calls, text messages or TV) but then morphed into “multimedia”.

Over the last 15 years, broadband has been deployed so massively it is now a good proxy for the digital development of a country. According to McKinsey figures (Global Media Report 2015, McKinsey & Company), the world is moving from 30% landline and 9% mobile broadband penetration in 2009 to an expected 50% landline and 58% mobile broadband penetration by 2019. These are global average figures. In most advanced markets, the figure is already close to 100%. Such high penetration levels challenge distributors: growth will soon be impossible, so the battle will move from market penetration to market share.

The problem is that competing for market share in a commoditised industry, with no long-term competitive advantage (to replace the quasi-monopolistic distribution of the atomised era), usually means a price war, which leads to diminishing returns and nervous shareholders.

Broadband’s ubiquity, though, is not the only nightmare for the distributor. So called over-the-top (OTT) applications are using the distributor’s costly infrastructure. WhatsApp, Messenger, Skype, YouTube, Amazon and Netflix are playing a new game, free riding on the bit economy while calling for net neutrality. For the price of a broadband connection (courtesy of the telecoms operators), they deliver text, voice and video (monetised via advertising or subscriptions) directly to end customers, eroding the distributor’s traditional business model.

When, in October 2016, AT&T announced it was buying Time Warner (not to be confused with Time Warner Cable, bought earlier that year by Charter Communications) for $85.4 billion, many were astonished, but AT&T bet on a very simple phenomenon: the media and telecoms value chain is changing, a lot. In an age of almost endless landline and mobile broadband connections, distribution is shedding value. In the same way that free-to-air television (FTA) was a broken model (it rested on the assumption of spectrum and therefore of distribution scarcity), telecoms companies are less and less powerful gatekeepers in the pay TV world, never mind in telephony.

Think about it. When was the last time you stayed at home on a Sunday to watch your… fibre connection? You didn’t. You never wanted fibre for fibre’s sake. Or cable, or any other technology. We want broadband to get at the content, which brings us back to Negroponte’s bits, whether they end up as text, images, voice or video on our devices. That’s what we are always prepared to pay for in the end. It’s just that, for a few years, cable or satellite suppliers were standing between us and our favourite content and held something of a monopoly. From that exceptional position, they could extract as much money from us as we were willing to pay, for our TV shows, music and news.

Not anymore. In a bit world, content, not distribution, is the scarce resource. Content providers, and among them news publishers, are now able reach their clients directly, build dis-intermediated business models and extract most of the value that the end customer is willing to pay.

Logically, AT&T decided to move up the value chain—the future of video is mobile, and the future of mobile is video—to where the content is: it bought HBO, CNN, Warner Bros., and many other content powerhouses. If the deal goes through—it was cleared by the European Commission but still requires approval from the U.S. Department of Justice (expected later this year) AT&T will kill three birds with one stone.

First, it will differentiate itself from its traditional competitors, avoiding a price war in the pay TV market that destroys value.

Second, it will take a seat at the content table alongside the over-the-top crowd (Netflix saw this coming and moved into content production several years ago). Finally, it will be able to combine its knowledge of consumers and the fire power of its data and analytics with all of Time Warner’s creativity.

“In nature nothing is created, nothing is lost, everything changes”, said the 18th-Century French chemist Antoine Lavoisier. We have seen this before. In the late 1990s, telecoms and media companies tried to merge: AOL/Time Warner, Telefonica/Endemol and many others all failed. Could the same thing happen this time? It could. Telecoms and media corporate cultures are still eons apart. Regulation is a serious hurdle. 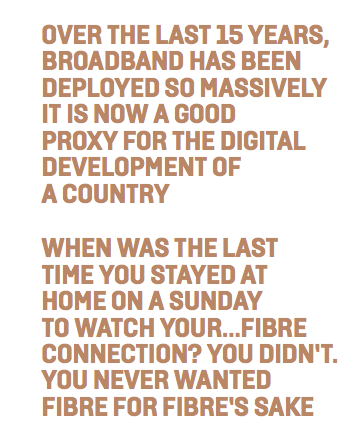 In the 1990s, the rationale was there but broadband ubiquity, digital literacy and customer empowerment were not. Our guess is that AT&T’s acquisition of Time Warner is the tip of the iceberg. This time it is for real, and more mergers and acquisitions will follow.

For content providers, the consequences could be twofold. For those wanting to play the merger game, bargaining power is increasing. For those who want to remain independent, the price tag for exclusive content (sports, news or entertainment) is also increasing. Telecoms companies are shopping. And that is good news for publishers. X