Posted at 10:17h in Magazines Report 2012 by Innovation Media Consulting

Digital developments are at the fore, and this year there is a major focus on how advertisers and media owners are breaking new ground together, including the emergence of ‘sapplets’ or social applets. And a whole section is devoted to great ideas that engage the reader with the product including: an ad from BBR Saatchi & Saatchi that changes on a page, driven by solar power for Israeli energy company Shikun & Ninui Solaria, a Carlsberg ad that works as a bottle opener, whispering audio chips in Playboy covers, a ‘self-drive’ ad for Volkswagen plus a Cannes award-winning ‘talking dictator’ ad using QR codes for Reporters Without Borders.

Chris Llewellyn, FIPP president and CEO, said: “Rapid technological development and an uncertain economic background are the driving forces behind the huge amount of experimentation being undertaken by magazine media companies. Encouragingly, print still retains the ability to surprise and innovate.”

Juan Senor,John Wilpers and Juan Antonio Giner, Innovations editors said: “We are really excited about the 2012 edition of Innovations in Magazine Media because we are exploring innovations in magazine advertising for the first time, as well as tackling some tough topics like ad walls, unbundling, watermarks, and integration. There are pieces about tablets, social media, user-generated content, newsweeklies, and more. At the same time, we’re having fun with the annual search for the odd and bizarre, turning up this year the magazine as theatre and the largest, most expensive, and most useless magazines. Always fun.”

The PrintCity Alliance was responsible for producing the innovative cover using a special hybrid coating effect to make it even more eye-catching. 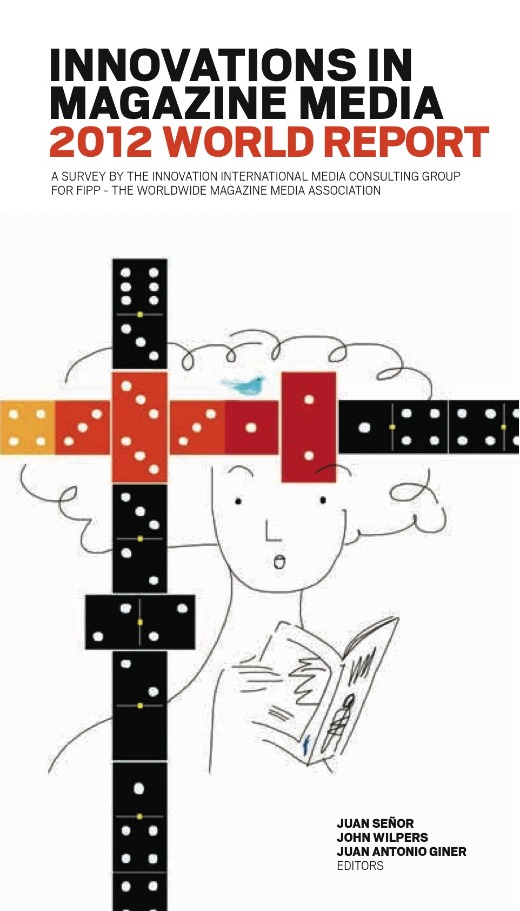