IN NEWS WE (MUST) TRUST 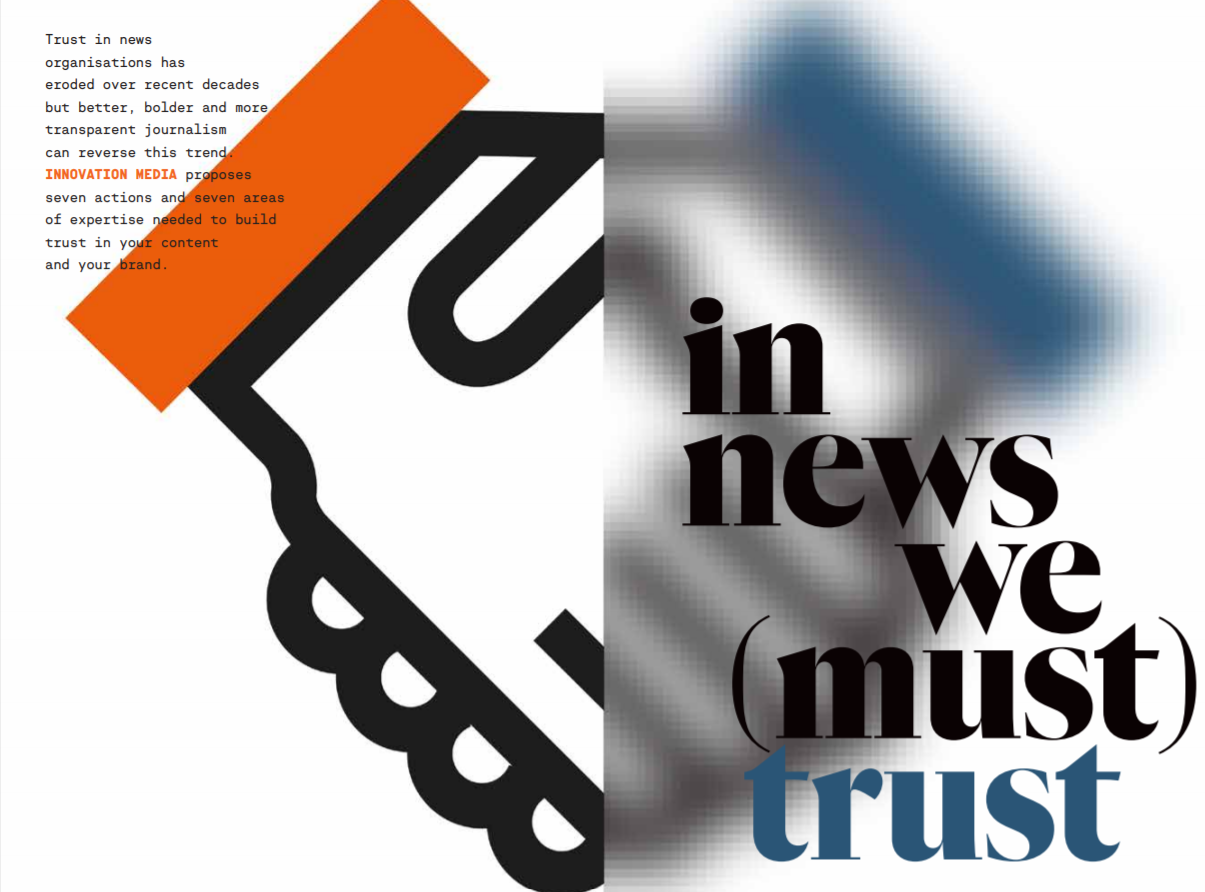 Own goals by the most respected players in the industry don’t help, like the discovery that in Germany, one of Der Spiegel’s star journalists, Claas Relotius, had been inventing facts, sources and quotations for years.

However, there are reasons to be optimistic. Even in the very politically polarised U.S. market, and despite President Trump’s regular attacks on traditional media outlets as ‘fake news ’ a 2018 Gallup poll showed the number of Americans who trust mass media to report the news ‘fully, accurately and fairly’ has gone up again, to 45%, steadily increasing from an all-time low of 32% in 2016.

It is still a long way off from the 72% all-time high in 1976, just before trust in mass media in the U.S. began a slow but continual decline. But a healthy level of scepticism can encourage news media to work harder to earn the respect of the public.

All is not lost, and the time is right for responsible news organisations to regain trust and help tackle disinformation or fake news. And that fight back has started.

The Washington Post won the prestigious Pulitzer Journalism Award in 2018 for its investigation of Senate candidate Roy Moore of Alabama. The Post won not only for the quality and precision of what it reported but also because of its decision to publish the details of how it gathered the information for transparency and to pre-empt false claims against its newsgathering process. It paid off, including its exposé of an attempted sting operation against one of its reporters.

The Post was also following the principles of the ‘Trust Indicators’ developed by the Trust Project, an international consortium of news organisations created to build transparency standards.

As well as the Post, other founding media companies include The Economist, Canada’s The Globe and Mail, Italy’s La Repubblica and La Stampa, as well as Hearst Television and Haymarket Media. The solution to any lack of trust in news lies within the news organisations and their newsrooms. And news consumers want them to act now.

Your newsroom must also have the right structure and the right skills to achieve the right results and build trust with your audience. Here are seven areas of expertise needed to make your content stronger and more trustworthy: